A fortnight before the European Commission is to release its Communication on the State of the Energy Union 2015, the appearance of a draft version has allowed us to have a first glance at the progress made towards an Energy Union. The finalised document is to be presented on November 18, 2015. The draft document carefully summarises what the Commission has been doing over the past year in bringing us closer to an Energy Union, and what the priority areas of the upcoming year will be; however, the draft seems to add little to the table in terms of concrete actions on how the Commission plans to implement the transition to a low-carbon economy and resolve critical issues, such as fostering the large-scale deployment of Carbon Capture and Storage technology, and ensuring an immediate enactment of an accurate and transparent emission testing system for all existing car types.

Published on November 5, 2015 by Bellona Europa 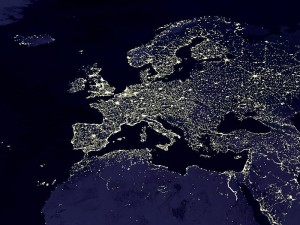 State of the Energy Union

“Bellona welcomes the fact that the Commission reflects on its progress on implementing the Energy Union so far, however, we see the document as mostly a summary of an already known strategy” says Jonas Helseth, Director of Bellona Europa.

For instance, the Commission will present a new legislative proposal on the new energy market design within 2016 as well as the revised Emission Trading System (ETS) to “provide better long-term investment signals for low carbon technologies.” While Bellona welcomed the ETS reform package that was proposed in July 2015, investments in the large scale deployment of CCS will depend on favourable design and operational modalities of the envisaged Innovation and Modernisation Funds. Read Bellona’s elaborated recommendations in our response to the ETS reform here.

Energy efficiency is highlighted in the draft document as key to the Energy Union, and the Commission lays out several milestones to moderate energy demand towards 2030. The Commission outlines that the Energy Efficiency Directive (EED) and the Energy Performance in Buildings Directive (EPBD) will be revised and extended to 2030.

“These are good signals, but Bellona would also like to see proposals for short-term action on existing legislation. We know that the EU as a whole is not on track to fulfil the 2020-target on energy efficiency, and that several MS are not implementing the EED. Bellona expects that the Commission uses findings from the Energy Union Tour, which Maroš Šefčovič embarked on in 2015, to especially follow-up and aid implementation of the EED in Member States”, says Lene Hodge, Adviser on Energy Efficiency at Bellona.

With regards to transport, the Commission recognises the need for intensified measures to decarbonise the sector.  The text calls for “proposals on CO2 emission standards for cars and vans, on monitoring for heavy duty vehicles and on aviation” as well as the need for “effective enforcement of regulatory standards” in light of recent revelations concerning VW and the entire car maker industry. Despite emissions testing being in the spotlight after the dieselgate scandal, the Commission seems to have given in to the EU car lobby last week. This became apparent when the Commission agreed to delay the introduction of a more stringent emission testing procedure for existing car types by one year thus allowing European cars to continue emitting on average four times the legal limit until 2019 instead of 2018. Read more on the Commission’s decision to delay emission testing rules here.

“Emissions stemming from the transport sector are the only ones still rising in the EU thus calling for urgent measures to reverse the trend. With evidence on manipulation of test results becoming ever-harder to ignore, it is time for some concrete measures” – Helseth urges the Commission.

Bellona is pleased to see that the draft sets out 2016 as the year when the Commission’s 2030 strategy for sustainable biomass will be presented. The puzzle of how to source large amounts of sustainable biomass is of essence if we are to attain carbon negative emissions and succeed in limiting global warming to 2°C, as the IPCC’s 5th Assessment Report recognises.