On 15 September 2015 the European Commission adopted its new Strategic Energy Technology (SET) Plan. The SET Plan has been a cornerstone of the EU’s energy and climate policy and has played a key role in guiding funding to low-carbon technologies. “Bellona has consistently highlighted the need for prioritising research and funding into CCS technologies, and is happy to see the Commission’s upgraded plan acknowledging this too” says Jonas Helseth, Director at Bellona Europa, in reaction to the plan’s publication.

Published on September 17, 2015 by Bellona Europa 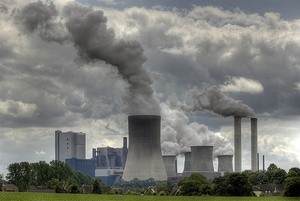 The European Commission’s SET Plan is aimed at accelerating the development and deployment of low-carbon technologies. In particular, it seeks to improve new technologies and bring down costs by coordinating research and helping to finance projects. Bellona regards CCS as requiring particular attention under the SET Plan, as it is an indispensable climate mitigation technology, yet one in urgent need of intensified investments to foster deployment.

In order to ensure the new SET Plan reflects the current realities and ongoing transformation of the EU energy system, it calls for the potential inclusion of CCS among the core priorities underlined in the Research and Innovation and Competitiveness dimension of the Energy Union.

The document lists a number of actions to accelerate the energy system transformation and create jobs and growth. These will serve to facilitate discussions among Member States and stakeholders in the development of new research and innovation programmes and activities at European and national level.

Importantly, among this list of actions, the Commission recognises that “research and innovation should support carbon and energy intensive industries to explore the feasibility of CCS, focusing primarily on sectors with high-purity sources of CO2 to minimise capture costs.”

Bellona has been in vocal in calling for the need to target these low capture cost emissions, enabling the growth of CO2 transport infrastructure and CO2 storage clusters. Such high-purity sources of CO2 include streams from bio-ethanol production, ammonia and hydrogen manufacturing.

The Commission also calls for enhanced efforts by Member States in the implementation of large-scale integrated CCS chain demonstration projects in both the power and industrial sectors. Targeted efforts will help in cutting the associated costs in deploying the technology.

Deploying CCS – what does it take?

What is more, the plan acknowledges that in addition to Horizon 2020 support, future CCS projects in the EU would be able to benefit from the Innovation- and Modernisation Funds.

Bellona regards the possibility of accumulating funds from the two sources to be crucial in deploying critical capture projects, transport infrastructure and storage sites. These funds can thus pave the way to deep EU decarbonisation of industry and power.

Last week Bellona submitted detailed recommendations to the Commission regarding the design and modalities governing these future funds.

The SET Plan will be launched at a high-level conference next Monday, 21 September 2015, in Luxembourg, which will allow for discussion on next steps to implement the actions stipulated in the plan. The conference will be attended by Commissioners, high-level Commission officials, as well as other relevant organisations, including Bellona Europa.

In terms of next steps the Commission will define with Member States what a) the level of ambition for each of the plan’s priorities should be, b) what the modalities are for implementation, and c) what the timing for delivering results should be.