The World Bank this month released a decarbonisation guide laying out three steps for countries to follow in order for the planet to produce zero net emissions by 2100. The steps include establishing a carbon price, providing support for those most affected by climate change, and setting defined targets. Importantly, the report notes that a failure to invest in technologies such as Carbon Capture and Storage (CCS) now may mean they are not available by mid-century when they are absolutely needed to avoid irreversible damage from climate change. 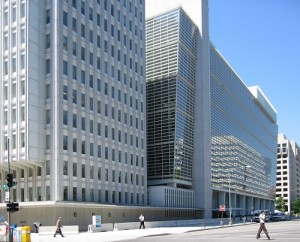 The report, entitled Decarbonising Development –Three Steps to a Zero-Carbon Future, highlights the importance of ensuring sufficient financing for low-carbon technologies, in addition to having a stable carbon price in place. The document quotes the IPCC’s 5th Assessment Report (5AR) in noting that a possible range of €28 billion to €323 billion in annual investment would be needed for low-emission-generation technologies, such as CCS and renewables, between 2010 and 2029.

Bellona strongly agrees with arguments made in the World Bank’s report and believes that the future viability of power utilities will only be ensured via mobilisation of investment into the deployment of CCS.

“It’s good to see a report from an institution like the World Bank reaffirming one of the IPCC’s core messages, namely that excluding CCS from the climate mitigation portfolio would result in mitigation costs more than doubling,” says Director of Bellona Europa Jonas Helseth.

“We need Bio-CCS to attain carbon neutrality by 2100”

This statement forms a key area of scientific consensus, shared by the IPCC in the 5AR and acknowledged by the World Bank’s report. Achieving the 2°C target will necessitate negative emissions in the second part of this century. This can be achieved through the combination of sustainable bioenergy with CCS. Find out how it works here.

Importantly, the report warns that beyond 2030, the scenarios in which CCS is not available or not deployed at scale, the negative emissions required to keep temperature change below 2°C or even 3°C have to be generated from the agriculture, forestry, and other land-use sectors, creating immense challenges in land-use management.

With regards to decarbonisation of the electricity sector, the report argues that the share of low-carbon or negative-carbon energy must rise from less than 20% in 2010 to about 60% in 2050. This is an increase of more than 300% over 40 years.

Well-designed policies could make traditional opponents supporters of the reform

The World Bank report also notes that the establishment of a carbon price and the tightening of environmental regulations will inevitably, at least in the short run, result in concentrated losses in carbon-intensive sectors, in particular in the form of ‘stranded assets’ (read more on the reality of stranded assets here).

However, the document underlines that these losses can be reduced and even reversed by becoming part of the transition to a sustainable economy.

For instance, some automakers have already positioned themselves as leaders in electric vehicles (EVs), and thus as potential winners from more ambitious climate mitigation (read more on energy storage and EV batteries here).

The report argues that oil and gas companies can in a similar fashion reinvent themselves if they develop CCS technology. A Bellona study has in fact found that the jobs and skills of today’s North Sea petroleum industry could largely be preserved when transformed into a CO2 storage industry.

This decarbonisation guide comes a month after the release by the World Bank, along with a number of other major financial institutions, of a list of guiding principles for future investments in clean energy, where CCS was explicitly recognised.

These documents send a strong signal to policy makers and investors ahead of December’s COP 21 that CCS should have an indispensable role to play in the post-2015 climate agreement.