7 May 2015 saw Members of the European Parliament (MEPs) from the Committee on industry, research and energy (ITRE) vote in favour of a draft report on the European Energy Security Strategy (EESS). The EESS was presented by the European Commission this time last year and aims to tackle important questions surrounding Europe’s energy supply and use, climate action and economic growth. Bellona is pleased to see carbon capture and storage (CCS) included as a key component to achieving this. 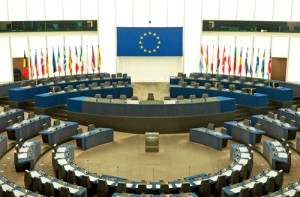 Rapporteur on the file, Lithuanian MEP from the Christian Democrat group Algirdas Saudargas, secured 42 votes in favour of the draft report, with 13 against and 4 abstentions. The report includes two compromise amendments concerning CCS (see below).

“With this vote, European politicians are asking for more concrete steps on delivering CCS. Especially welcome are the asks for both improved conditions for CCS deployment and funding provisions. We look forward to seeing this being followed up,” says Bellona Europa Director, Jonas Helseth.

Both of these compromise amendments were supported by a voting block comprising the Parliament’s two largest groups, the Christian Democrats (EPP) and the Socialists and Democrats (S&D), with the Conservatives (ECR).

Bellona has long drawn attention to the role of CCS in achieving increased energy security while safeguarding the climate. In May last year, Bellona circulated a policy document outlining why CCS is the only technology that can attain both energy security and climate objectives. Renewable energy sources are essential, but in the shorter term they will not be able to meet Europe’s energy needs and fossil fuels will continue to play a role. A future without CCS would therefore result in a Europe resorting to either unabated, polluting indigenous fossil fuels or relying on insecure and expensive imports. Read more here.

What are the next steps?

A debate on the committee’s draft report is scheduled in Plenary for 8 June, with the vote envisaged to take place on 9 June.