On 5 May 2015 the European Parliament and European Council reached an agreement on the reform package of the European Union’s Emission Trading System (EU ETS), the so-called Market Stability Reserve (MSR). While welcoming the decision to place previously backloaded allowances into the reserve, Bellona had hoped for an earlier start date for the reform than 2019. 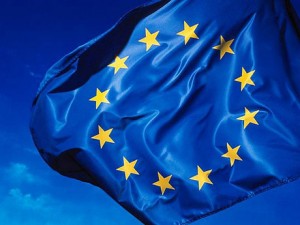 Discussions on the draft proposal took place in Parliament’s Environment (ENVI) and Industry Committees (ITRE), with the main focus of the negotiations being the start date of the MSR and the question of how to treat the 900 million allowances that were temporarily taken out (or ‘backloaded’) from the market last year. On the latter, the option of bringing the allowances back into market would have acted to undermine the very aim of the MSR, namely to tackle persistent oversupply of emission allowances in the ETS.

1 January 2019 was the agreed upon start date for the reforms. Moreover, it was decided that the ‘backloaded’ surplus allowances would be placed into the MSR rather than returned to the market.

“Despite the start date of 2019 representing an improvement from the Commission’s initial proposal of 2021, Bellona had hoped for a start date as soon as possible. A swifter introduction of the MSR would lessen risks to much needed green investment in the EU” said Jonas Helseth, Director at Bellona Europa.

Helseth further specified: “The deployment of Carbon Capture and Storage (CCS) for instance, has been solely dependent on the carbon price in the ETS, which has been persistently low and volatile throughout the first three trading periods. The agreement on a reform package therefore sends some hope for rectifying this.”

The agreement will still have to be endorsed by the Committee of Permanent Representatives on the basis of a consolidated text, which will then be formally adopted by the Council.

Up next: crucial work on the design of the Innovation and Modernisation Funds

The conclusion of a deal on the ETS reform will now allow for important work on the Innovation and Modernisation Funds to go ahead. In March 2015 Bellona submitted its response to the Commission-conducted consultation on the design of the two funds. The early implementation and possibility to accumulate funds from the Innovation and Modernisation funds could offer important opportunities for CCS deployment (for the full response see here).