On 25 March 2015 Norwegian law-makers backed plans for new climate change legislation to be introduced by 2017. This comes just two months after the country declared plans to join the EU’s 40% emission reduction target of the 2030 Climate and Energy Framework. These are encouraging moves, signaling the country’s intention to deliver the necessary technologies to stir the transition from a petroleum to a low-carbon economy. 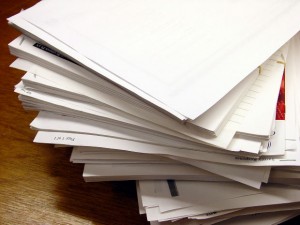 Until present Norway has relied heavily on purchasing carbon credits from the EU and developing countries in order to meet its own emission reduction targets. In 2012 alone, Norway bought 21.5 million UN carbon offsets to meet its international climate targets under the Kyoto Protocol. Under this offsetting regime, also called the Clean Development Mechanism (CDM), developed countries may invest in low carbon projects in the developing world in order to substitute for domestic emission cuts.

A recent study, however, warns that Norway’s emissions will continue to rise unless new mitigation efforts are implemented at home, in particular to target the country’s fossil fuel industry. In fact, the country’s emissions have risen by 4% from 1990 to 2013 as a result of continued dependence on its oil and gas sectors. In the face of prevailing low oil prices Norway recognises this dependence cannot continue.

The draft proposal envisages a climate change law for Norway modelled on the UK’s 2008 Climate Change Act. This would entail the setting of binding CO2 emission reduction targets for 2030 and 2050, the implementation of reporting requirements for emission reductions, and a series of carbon budgets. The final law could also call for the establishment of an independent body, modelled loosely on the UK’s Committee for Climate Change, which would oversee government policy.

What distinguishes this new piece of legislation is the fact that both the Conservatives (H) and Labor (Ap), the country’s two main political parties, have indicated support for it to be legally binding in nature. With the exception of the Progress Party (FrP), all other political parties also support the initiative.