Discussions on the reform of the EU Emission Trading System (ETS), or the so-called Market Stability Reserve (MSR), have been ongoing in the European Parliament’s Environment (ENVI) and Industry (ITRE) Committees. Following last month’s failure of the ITRE Committee to reach consensus on the start date of the MSR, the Parliament’s position is now left to be shaped in the upcoming vote of its ENVI Committee on 24 February 2015. While some approached the “no opinion” outcome within ITRE negatively, there is still cause for optimism that the ENVI Committee will adopt a position favoring a more ambitious ETS reform.

Published on February 4, 2015 by Bellona Europa 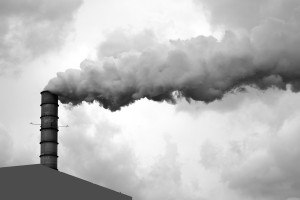 Besides the start date of the reform, negotiations have been focused on the question of how to treat the 900 million allowances that were temporarily taken out (or “backloaded”) from the market last year. These backloaded allowances are supposed to be reintroduced into the market in 2019-2020, but concerns have been raised over the worsening of the “oversupply” problem that this could induce. Bellona calls for the MSR to be implemented as soon as possible, and sees keeping backloaded allowances out of the market as crucial in order to stabilise the EUA price at a level, sufficiently high to stimulate low-carbon investments and deep emission reductions.

Leaving it up to the ENVI Committee to shape the Parliament’s position would increase chances of a more ambitious reform and a start date of the MSR as early as 2018. Such an outcome might also be potentially supported by the Council too, as apparent from a large number of EU Member States, including the UK, Germany, France and Italy, who are calling for an even earlier start date.

The Commission’s position, as declared by Climate and Energy Commissioner Miguel Arias Cañete, is supportive of allowing backloaded allowances flow directly into the MSR, so long as the Parliament and Council have agreed to this. Moreover, the Commission’s position favors an earlier start of the reform, noting that the impact assessment indicates that an early introduction would deliver benefits and strengthen the ETS.

In particular, Bellona welcomes the remarks by Greens MEP Bas Eickhout made during the ENVI Committee debate. Eickhout called for an introduction of the MSR as soon as possible and stressed the need for backloaded allowances to be completely deleted, as there will likely still be a substantial surplus after. Moreover, he reminded MEPs that the Commission had previously not found evidence of carbon leakage as a result of ETS implementation, and therefore, it would not be appropriate to treat carbon leakage under the MSR proposal. Should carbon leakage, however, be included he urged for the inclusion of a reference to Emission Performance Standards (EPS), since the carbon price within the ETS has failed to trigger fuel switching.

An EU-wide EPS for CO2 from power plants will serve to prevent lock-in to the worst-polluting infrastructures and will provide a clear investment signal for the decarbonisation of the sector by complementing the EU ETS, and binding climate, renewable energy and efficiency targets.