ETS Reform – Where are we now?

The first two trading periods of the European Union’s Emission Trading System (EU ETS) were marked by a low and volatile carbon price, which failed to incentivise investment in low-carbon technologies and sufficient cuts in CO2 emissions. With the aim of curing the Emission Unit Allowance (EUA) price, the European Commission (EC) submitted a reform proposal, the so-called Market Stability Reserve. Bellona views the EU ETS as a key instrument to attain the EU’s climate change objectives cost-effectively and therefore calls for its comprehensive structural reform to ensure it sends a strong price signal to investors and places us on the right track to attaining a low-carbon economy.

Published on January 20, 2015 by Bellona Europa 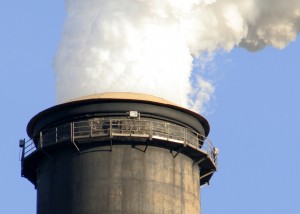 The EC has proposed a reform in the form of a Market Stability Reserve (MSR) to be introduced as of 2021. The MSR aims to address the problem of a persistently low EUA price by adjusting the amount of allowances circulating in the system, according to pre-determined thresholds, in order to protect the EU ETS from economic fluctuations and reduce the surplus of allowances that has built up over the past years.

In its brief entitled Comprehensive ETS Reform Bellona underlines a number of design weaknesses of the envisaged MSR and expresses strong doubts over the mechanism’s ability to stabilise the EUAs price. Bellona questions the very central assumption of the MSR – that a temporary reduction of the allowance surplus would raise the EUA price, due to it being in contradiction to standard economic theory and the concept of inter-temporal price smoothing. In other words, because in the long-term, temporarily removed allowances will be returned to market auctions, the overall impact on the EUA price would be minor and so will the impact of investment in low-carbon technologies.

Read Bellona’s assessment of the MSR as well as recommendations for the way forward here.

European Parliament has its say

Discussions on the draft proposal have been ongoing in the European Parliament’s Committees on the Environment, Public Health and Food Safety (ENVI) and on Industry, Research and Energy (ITRE). The amendments made by both committees indicate a significant majority in favor of an earlier start date than 2021, as initially proposed by the EC. The Council’s position, which was drafted by the Latvian Presidency, however, is more ambiguous reflecting the diverging views of the EU Member States.

Bellona regards an earlier start date of the MSR reform and keeping backloaded allowances out of the market as crucial measures to ensure the stabilisation of the EUA price at a level, sufficiently high, to stimulate low-carbon investments and emission reductions.

What is more, there are various amendments suggesting the use of revenues from auctioned allowances to fund low-carbon technologies, such as Carbon Capture and Storage (CCS), as well as the introduction of an Emissions Performance Standard (EPS). MEP Gunnar Hökmark of the European People’s Party for instance suggested an amendment stating that “Member States should invest more in research and development of energy efficiency, CO2 reductions and carbon capture and storage as well as new generations of power production including wind, water and solar power as well as hydro energy and nuclear power. The revenues from auctions of allowances should contribute to this”.

Moreover, MEPs Seb Dance, Theresa Griffin and Paul Brannen of the Socialists and Democrats Group tabled an amendment suggesting that “A stronger carbon price signal is necessary to avoid locking the EU into high carbon capital and investment. Therefore, by 31 December 2015, the Commission shall also consider whether the establishment of an EU wide Emissions Performance Standard for the power sector is necessary to support an adequate price signal to incentivise low carbon investment and where appropriate the Commission shall make a proposal to the European Parliament and to the Council for the establishment of such an EU – wide Emissions Performance Standard.”

Bellona is a strong advocate for the establishment of an EU-wide EPS for CO2 from power plants and sees it as an important measure to prevent lock-in to the worst-polluting infrastructures and a catalyst for CCS deployment.

And on CCS, on which Bellona has worked for 20 years, Director at Bellona Europa Jonas Helseth argues: “CCS is indispensable in any future climate mitigation strategy.”