On 23 October 2014, the European Council conclusions on the 2030 Climate and Energy Package confirmed EU leaders’ commitment to CO2 Capture and Storage (CCS) with an explicit reference to the technology. What is more, EU Member States have agreed to increase funding dedicated to CCS demonstration projects after 2020 under the NER300 programme. This is a significant step forward, signalling to investors that large amounts of public money will be available for future projects. 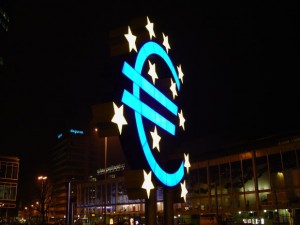 NER300 is one of the world’s largest funding programmes for innovative low-carbon energy demonstration projects. It aims to establish a demonstration programme comprising the best possible CCS and renewable energy projects and involving all EU Member States. In 2008 Bellona was instrumental in the establishment of the NER300 fund, which was able to raise EUR 2.1 billion on the carbon market for renewable energy projects as well as one CCS project – the planned White Rose demonstration project at the UK’s Drax power station, which secured EUR 300 million in funding from the scheme in July 2014 (read more here).

The European Council conclusions on the 2030 Climate and Energy Package included a decision that the current NER300 funding programme will be succeeded by the NER400 programme, to be financed by 400 million EU Emissions Trading System (ETS) allowances. This decision is welcomed by Bellona, who has been a strong proponent of a substantially higher share of the post-2020 allowance budget than in the third trading period being dedicated in particular to the support of large-scale CCS demonstration projects. “We would have liked to have seen clearer wording in terms of the ambition level for CCS deployment. Unfortunately, the awareness and understanding of the urgency is too weak in most of Europe at this point”, said Bellona Europa Director Jonas Helseth.

As evident from the recent launch of the world’s first commercial-scale CCS power plant, Boundary Dam, at Saskatchewan, Canada, the real barriers to CCS deployment are not technological, but rather regulatory and financial.  According to Helseth “Including CCS as part of NER400 is in itself unlikely to kick-start investment in the technology in the EU. However, it signals to investors that large amounts of public money will be available for future projects”.

Bellona is also supportive of the establishment of an emission performance standard (EPS) that puts an annual limit to carbon emissions from fossil fuel plants. “In addition to EPS, Bellona favours an EU-wide or at least regional CCS certificates schemes under which deployment is paid by fossil fuel producers” said Helseth.