Norway again to scuttle its own CCS initiatives, and partner with Dutch efforts to environmental dismay

Published on October 9, 2014 by Charles Digges 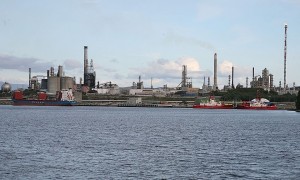 The decision, made clear by the publication of Norway’s state budget on Wednesday, is all the more stinging for Norwegian environmentalists in the wake of an industrial-scale CCS plant opening at SaskPower’s Boundary Dam coal plant in Saskatchewan, Canada last week.

Bellona says the move, announced by Oil and Energy Minister Tord Lien upon the draft budget’s publication, means Norway in all of its oil wealth will miss critical international emissions targets set for 2020. Chief among these is Norway’s commitment to slash its CO2 emissions to 30 percent below 1990 levels.

This is something of a tall order for the Scandinavian nation – Western Europe’ biggest natural gas supplier and the world seventh largest petroleum exporter – without the help of CCS technologies.

The International Energy Agency has repeatedly said deploying CCS technology – which the Boundary Dam project proves  to be ready out of the box – is critical to slashing climate warming carbon emissions and limiting global temperature spikes to 2 degrees Celsius within this century, and that it must be deployed across the board. The government of Prime Minister Erna Solberg had hoped to move forward with resurrecting the Mongstad project, as announced by Lien in May when the 2014 Norwegian budget was rolled out, with the promise of a full-scale CCS project running in the country by 2020.

With the release of the 2015 draft budget Lien said in a statement that Norway was still examining options for building a large scale CCS plant at home, but was willing to see that funding go toward a joint effort with other countries in Europe.

“We have proposed to commit funding of up to 125 million Norwegian kroner ($19.3 million) to participate in such a co-operation,” Lien said a statement as quoted by Reuters.

According to government sources who were quoted by VG, Norway’s largest-circulation daily newspaper, the funding will most likely go toward CCS efforts in the Netherlands and its ROAD project in Rotterdam, which is backed by utilities E.ON and GDF Suez.

The shirking number of possible recipients for the money is somewhat surprising given Europe’s previous aspirations to build 15 CCS facilities by 2015. Aside from the Dutch road project, the EU is pursuing only two other CCS initiatives, the Peterhead and White Rose CCS projects, both in the UK.

Will Europe see a kick-start from Canada?

Jonas Helseth, director of Bellona Europa, said last week that the Boundary Dam project should be cause for envy in Europe.

Boundary Dam, Helseth said “is an extremely important event for those few of us who are still trying to communicate the need for CCS in Europe […]” and added that the success of the Canadian project “comes at a time when we need to reinvigorate CCS momentum in Europe.”

As far as Norway goes, though, VG reported that there simply aren’t any plants in Norway that are large enough, or where CCS can be implemented quickly enough, to meet the 2020 goal to cut 30 percent of the country’s carbon emissions.

Is Norway committed to emissions cuts?

With the publication of he new state budget, Bellona President Frederic Hauge called into question the Norwegian government’s commitment to sticking to international climate agreements. An angry Bellona President Frederic Hauge deplores the failure of the Mongstad carbon capture and storage demonstration facility, a project lost to the incompetence and indecision of the Norwegian government. (Photo: Bellona)

“The Ministry of Environment and Climate is experiencing real cuts,” Hauge said. “This shows that the government’s supposed commitment to strengthening a climate compromise are at best hanging by a thread.”

In Hauge’s opinion, the Norwegian government must coalesce and define its goals, which must be based on international agreements to give them any credibility. Instead, he said that Norway’s inability to pull it together was primarily a matter of financial bickering.

“[Norway’s climate goals] must cease to be based on money, and must instead focus on the number of tons of CO2 they must cut […] Norway must, among other things, cut 700,000 tons of CO2 emissions from now until 2020.”

Sirin Engen, a key Bellona CCS adviser told Reuters the prospect of of sending Norwegian funding to foreign CCS projects would do nothing to clean up domestic emissions from oil exports and gas.

“We don’t need more studies, we need CCS right now,`’ she said. “Otherwise, Norway is set to miss its target to reduce carbon emissions by 30 percent from 1990 levels.”

What contributing to ROAD entails

Oil and Energy Minister Lien told VG it was too early to comment on whether the Norwegian budget would pump money into the Dutch CCS effort, but Hauge said it was the most likely recipient.

While the Rotterdam-based plant is still under construction, it’s estimated to hold 1.1 million tons of CO2, more than Mongstad would have provided. But where this will be stored remains in question.

According to the VG report, however, underground CO2 storage in the Netherlands is a touchy subject. The Dutch public fears leakage if it is stored in land-based bedrock formations. But empty gas wells off the Dutch coast are considered too few to meet future storage needs.

The Norwegian government source told the paper it’s possible that Oslo must evaluate whether storing CO2 from the European continent could be stored in Norway’s North Sea continental shelf Utsira formation.

Previous plans to turn the oil refinery and gas-powered plant at Mongstad into a full-scale CCS facility were scrapped in 2013 by the outgoing government of Jens Stoltenberg, which said the risks associated with the plant were “too high.”

Hauge blamed the sinking of the project on state oil company Statoil’s incompetent handling of the Mongstad.