A report determines that surface soils in Western Australia have the potential to store CO2 to a greater extent than previously thought. The findings have implications for management strategies to increase such storage in dryland agricultural systems, according to the scientists. 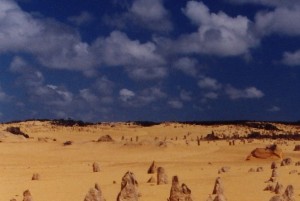 Contributors to the report were scientists from the University of Western Australia and the Department of Agriculture and Food Western Australia. Seven regions and more than 1000 sites were selected according to soil type, land use and climate scenarios. The assessment of the potential for CO2 storage is considered crucial for determining which agricultural regions can be used to help mitigate increasing atmospheric CO2 concentrations.

The initial data were taken from soil depths of 0-30 centimetres and models were used to assess how the different depths could store CO2. Whereas it was found that the top 10 centimetres were relatively saturated, the soil below, however, showed an additional storage capacity of 5-45%. It was also found that the gap between actual and attainable organic carbon stock values decreases as rainfall increases.

The complete report can be downloaded here.