Scientists at the Virginia Commonwealth University (VCU) in the US state of Virginia have developed a new nanotech polymer material which is able to selectively capture CO2 from flue gas.

Published on February 27, 2014 by Joanna Ciesielska 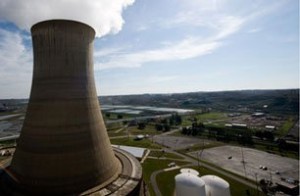 In other words, when exposing to flue gas the material will allow other chemicals such as nitrogen or methane to flow through while capturing the CO2. The scientists have nano-engineered the porous organic polymer, which comprises minute particles that are each 500 times smaller than the diameter of a human hair follicle. Every one of these particles consists of nanometer wide pores which can capture and store CO2 molecules while allowing other molecules to pass by.

Porous organic polymers of the type developed by the VUC team are a promising CO2 capture technology. The team is already considering the next research step, which could see light being used as a trigger to release the CO2 captured by the polymer. Following light exposure the polymer’s structure would shift so that the CO2 molecules can be squeezed out of the nano-pores, thereby providing a method to separate CO2 to be stored and that to be used, for instance for enhanced oil recovery (EOR).