The United Kingdom Trade Union Congress (TUC) and the Carbon Capture and Storage Association (CCSA) published a joint report on February 3, addressing the costs and jobs rewards of CCS technology. The report ‘The Economic Benefits of CCS in the UK’ (downloadable here) finds several benefits of CCS beyond greenhouse gas emission reductions, but that these depend on a number of actions that need to be taken by the UK government in order to propel CCS delivery. 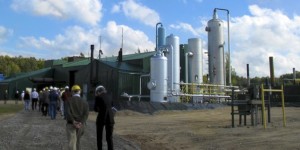 The key findings of the report are:

–          Inclusion of CCS in the mix of low-carbon technologies would result in a 15% reduction in wholesale electricity prices – leading to an average cut in household bills of EUR 98 (£82) a year.

–          CCS could help the UK to retain existing industries, such as coal and gas power generation, and support vital energy-intensive industries (such as chemicals, steel and cement manufacture) which employ 800,000 people directly and in supply chains.

Following the publication the CCSA’s Dr. Luke Warren said: “Respected international and UK organisations agree that without CCS in the mix, costs of meeting climate change targets will rise significantly. We have gone further in this report to show that the cost savings from CCS have a real impact on the average UK household – increasing their disposable income and reducing the risk of fuel poverty.”

Secretary general of TUC Frances O’Grady also commented, saying: “Our depleted North Sea gas and oilfields make the UK one of the best areas in the world to exploit CCS technology. But without stronger government backing the UK risks losing its competitive advantage and all the jobs and economic activity that CCS could bring.”

“The Economic Benefits of CCS in the UK” is a summary of a longer study entitled “A UK Vision for Carbon Capture and Storage”. Both can be found here.