Abu Dhabi this month signed a clean energy deal with Denmark to move the emirate away from oil dependency and toward a low-carbon future, including renewables and CO2 capture and storage (CCS). The Scandinavian country has a goal of 30% renewables by 2020 and 100% by 2050. Both countries are now getting involved in CCS ventures.

Published on January 24, 2014 by Joanna Ciesielska 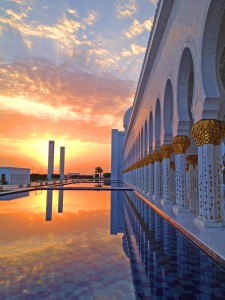 The Danish shipping and energy corporation Maersk recently signed a memorandum of understanding (MoU) with Abu Dhabi based renewable energy company Masdar to work together on carbon capture. Maersk Oil’s Tri Gen technology is hoped to be used to boost the emirates oil production capacity, by injection into oil reservoirs and thereby increasing the pressure and extraction capability, so-called Enhanced Oil Recovery (EOR). The TriGen technology is different in the sense that in addition to capturing CO2 also generates water and power (learn more about it here). Although yet to be tested at commercial scale (a similar cooperation between BP and Masdar in 2010 fell through), a unit is expected to be able to produce 200 megawatts of power.

Abu Dhabi National Oil Company (Adnoc) is also planning to use CO2 for EOR and is reportedly on track to being in 2016. This venture is also in cooperation with Masdar. The CO2 to be used would be captured from the United Arab Emirates’ largest steel production plant in Mussafah. 800,000 tonnes a year would be transported 50 kilometres to the Rumaitha field and later the the Bab field, both onshore. Adnoc stored 60 tonnes of CO2 a day at the Rumhaita field in 2009 to rest the reservoir. Remaining work includes setting a price for the CO2. Once this is in place, using CO2 in this way provides a solid business case for CO2 capture. In July last year the engineering and construction contract for the project was awarded to the Dodsal Group. The entire project has a budget €89 million.

Low carbon technologies are good business – they now make up 11% of Denmark’s exports, represented for example by wind turbine producer Vestas. CCS technology is developing rapidly in countries such as the US and Canada, and should be set to be propelled in Europe as the CCS Directive comes under review and 2030 climate and energy framework pans out.