Vis menyen
Bellona.org > Latest News > Carbon Capture and Storage > European Parliament to prepare a report on the future of CCS

European Parliament to prepare a report on the future of CCS

The European Parliament’s coordinators for environmental policy agreed on 21 March to a proposal from Chris Davies, MEP, that the future of CO2 capture and storage (CCS) in the EU will be the subject to a 2013 Implementation Report by the Environment Committee. 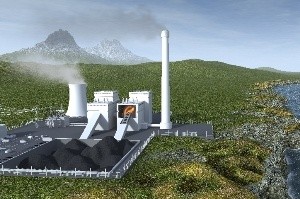 The report, entitled Developing and Applying Carbon Capture & Storage Technology in Europe, will propose new instruments to promote and fund the development of CCS. It will also analyse the reasons for the failure to secure approval for demonstration projects in the first round of the NER300 competition.

In December 2012 the European Commission granted over €1.2 billion to 23 innovative renewable energy sources (RES) demonstration projects in the NER300 first round. Unfortunately, no CCS project was awarded funding.

Member States were unable to confirm the projects for different reasons such as funding gaps, delays in permitting procedures or bad timing with respect to national competitions, according to a DG Clima evaluation report from February.

However, other important factors which shifted the balance in favour of RES projects – unachievable timeframes, skewed risk sharing, and too strict limits to available funding, for example – were left out of the DG Clima analysis.

”In preparing the report, evidence should be taken from the widest possible range of sources. It is also important that the Parliament’s Industry Committee be invited to contribute, “- says Chris Davies, who was serving as the Environment Committee Rapporteur for the CCS directive back in 2008.

Davies was instrumental in setting up the NER300 funding scheme. He called for setting aside emission allowances within the ETS New Entrants Reserve for funding CCS demonstration plants in the first parliamentary debate on the CCS Directive in 2008.

Davies later joined forces with the Rapporteur for the ETS Directive revision, Avril Doyle, and called for 500 million allowances to be set aside within the ETS, a proposal which was endorsed in an Environment Committee vote. He toured the capitals of the EU Member States promoting the Parliament’s amendments and gained support among the initially CCS-skeptical Eastern European countries, in addition to Spain and Germany’s environmental ministry.

After long-lasting negotiations with the Council, provisions to set aside 300 million allowances were included in the revised ETS Directive under the NER300 financing instrument, managed jointly by the European Commission, European Investment Bank and Member States. 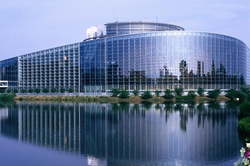 Restarting the CCS agenda in the EU

Around 55% of electricity in Europe is generated from fossil fuel sources. The usage of coal fired power stations is increasing and gas is broadly considered as a necessary backup to renewable energy sources. At the same time there is no alternative to CCS that could deal with emissions from energy intensive industries such as steelwork and cement plants.

The European Commission launched today, 27 March, the Consultative Communication on the future of CCS.

”The Parliament needs to parallel this work through the preparation of its own-initiative report. In the past the European Parliament has been instrumental in introducing in introducing innovative schemes to promote the technology. In changed circumstances, with no early expectation that the carbon price can provide the necessary incentive for investment, it is important that MEPs should again play a leading role in stimulating new thinking and introducing new ideas, “- said Chris Davies, MEP.

On 26 March the ALDE Group was nominated to take the lead on this dossier. There will now be a call for interest in being the rapporteur for the report.