Drafting of rules for CCS in CDM accelerates

ABU DHABI – On September 7th-8th, about 100 technical and legal experts, including The Bellona Foundation, discussed at a workshop here in Abu Dhabi how carbon dioxide capture and storage (CCS) projects can be incentivized in developing countries through the Clean Development Mechanism (CDM).

Published on September 9, 2011 by Bellona 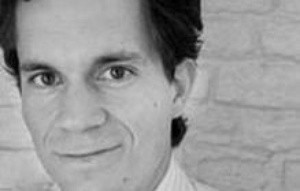 The secretariat of the United Nations Framework Convention on Climate Change (UNFCCC) will now draft proposals on the basis of the discussions.

The workshop (click here to access all presentations) tackled a list of issues that ministers had requested to be addressed at the climate summit in Cancun in December 2010 in order to make CCS projects eligible for CDM credits.

These issues, such as how to ensure proper site selection, monitoring, permanence and liability, may need to be reflected in special CDM “modalities and procedures” for CCS projects. The Bellona Foundation strongly supports the need for such rules to be established as soon as possible, as the CCS climate change mitigation potential is even greater in Non-Annex I countries (developing countries) than in industrialised countries.

Rules for CCS under CDM will help legitimate CCS projects in Non-Annex I countries and make it more likely that Annex I countries will help finance such projects even in the absence of a global agreement on emission reductions after 2012. The EU, for instance, will continue to accept CDM credits for compliance by companies with the EU Emission Trading Scheme after 2012.

The recurring theme of discussions was how to ensure CO2 storage was permanent. There was broad agreement that proper site characterization and selection was the most important step in this process, as suggested by Gabriele von Görne, a German CCS expert. However, it remains an open question how much of this process can be codified in CDM modalities and procedures: There are few operating CCS projects and there is little experience with storing CO2 geologically except in hydrocarbon reservoirs.

“This points to the need for CCS-specific modalities and procedures to emphasize the capacity and expertise of the DNAs and DOEs, and probably the setting up of an independent expert group to advise the CDM Executive Board,” said Eivind Hoff from The Bellona Foundation, elaborating on a suggestion by von Görne.

DNAs and DOEs are, respectively, the national authorities and the certifying companies that projects apply to and who need to be satisfied with project results before the CDM Executive Board, a UNFCCC body, finally can issue CDM credits. Several speakers concurred that it would be unrealistic to attempt harmonization of storage regulation across the world – even within the EU a considerable margin of manoeuvre was left to Member States under its directive on geological storage of CO2.

The invited experts agreed that if storage sites are well selected, the risk of leakage is negligible. However, the question of liability in case something should go wrong needs to be addressed in the CDM rules and modalities – even if this would then mainly be to prevent moral hazard. As companies’ ability to meet liabilities cannot be guaranteed on time horizons of 50-100 years that are envisaged for CCS projects, governments need to provide a back-stop guarantee, particularly to compensate for “climate damage” as a result of CO2 leakage.

The question of whether this should be the government of the host country or of the buyer of CDM credits was perhaps the most politically sensitive issue at the workshop.

“Given how sensitive this is, perhaps the CDM modalities and procedures could leave it to each project to define which Party is liable,” suggested Luke Warren of the UK CCS Association, and was supported by several other experts.

The UNFCCC Secretariat will now prepare a decision for Parties at the climate summit in Durban in December, adapting the current CDM rules and modalities.