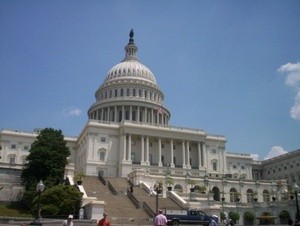 Bellona is already on its second day at the 2-day “Addressing barriers to CCS in developing countries” conference in the American capital, which runs from September 7 to 8.

The Washington conference was organised by the World Bank, the Global CCS Institute, the International Energy Agency, the Carbon Storage Leadership Forum and the Norwegian Government.

Bellona has been invited to present the Polish Road map – one of several national roadmaps for CCS published by Bellona Environmental CCS Team (BEST). CCS is one of the key climate solutions, alongside energy efficiency and renewable energy.

“We will present how national road maps for CCS deployment can serve as a useful policy tool to identify emission reduction potential from concrete sources of CO2, storage options, as well as costs of CCS and its effect on the price of electricity to consumers,” said Paal Frisvold of Bellona Europa.

Frisvold has also been asked to express views on ways to establish demonstration projects for CCS in countries like South Africa, Algeria, China, India, Brazil, Indonesia and Mexico.

Bellona also has a presence on September 7th and 8th UN workshop in Abu Dhabi.  The workshop was arranged by the United Nations Framework Convention on Climate Change (UNFCC) for technical and legal experts to acquaint them with how CCS projects can qualify for credits under the Kyoto Protocol’s Clean Development Mechanism (CDM).

The CDM enables industrial nations that are signatories of the Kyoto Protocol to partially meet their international emissions cuts commitments through financing climate mitigation projects in developing countries – the so-called Non-Annex I countries.

Bellona has worked actively to promote the inclusion of CCS in the CDM and the issue has long been on the UNFCCC negotiating table.

From Abu Dhabi to Durban

At the climate summit in Cancun last December, ministers agreed that CO2 storage projects should be made eligible for CDM credits provided that a number of issues were addressed, such as how to ensure proper storage site selection, permanence of CO2 storage and liability in case of leakage.

The workshop in Abu Dhabi will address these “modalities and procedures,” drawing on experts from selected stakeholders like The Bellona Foundation. Conclusions from the workshop will inform negotiations at the next global climate summit in Durban, South Africa in December.

Bellona Europa´s Eivind Hoff is optimistic that an agreement will be reached:

“The topics that need to be addressed have already been tackled at the European level through the CO2 storage directive. We were deeply involved in that work, and are convinced it sets a useful precedent,” said Hoff. “Agreeing on the rules is absolutely crucial, because the climate cannot wait to see the development of CCS in countries such as China that rely overwhelmingly on coal to generate electricity”

Over the past decade The Bellona Foundation has intensified its participation on the international level with regard to energy and climate change.

In 2001, Bellona re-invigorated its EU office in Brussels and took the lead in promoting CCS as a key technology to combat global warming by organising public hearings in the European Parliament, among other things.

In 2005, Bellona was one of several co-founders of the Zero Emission Fossil Fuel Power Platform (ZEP), which paved the way for a broad engagement in EU policy on enhancing regulating and financing CCS projects.

Bellona has also been present at the UN climate negotiations since Conference of the parties (COP) meetings in Bali in 2007, Poznan in 2008, Copenhagen in 2009 and Cancun in 2010. In these fora, Bellona brought representatives from the national delegations together with industry, business and NGOs to discuss possibilities and opportunities available to combat climate change.

“While some environmental groups have been pointing to the catastrophic consequences of climate change, we have seen our role as pointing to one hundred and one existing solutions available already today – which is why we launched the campaign ‘101 Solutions’ in Copenhagen in December 2009,” said Frisvold.