Vis menyen
Bellona.org > Latest News > Carbon Capture and Storage > ‘Statoil is stabbing CCS in the back’

‘Statoil is stabbing CCS in the back’

Both international and national experts are critical toward Statoil´s argumentation for a further delay of the CO2 capture and storage (CCS) project at Mongstad in Norway. Bellona´s Paal Frisvold says Statoil is stabbing CCS in the back. 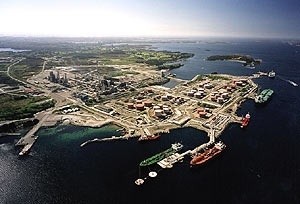 The news of the Norwegian government’s forthcoming decision to delay the final investment decision for the full-scale CCS facilities at the Mongstad gasworks and refinery outside of Bergen, elicited strong reactions from the international community.

“Through our international network we register that not only researchers and bureaucrats, but also other energy companies are frustrated about Statoil reducing its ambitions. People question the chance of Mongstad to be part of the first generation CCS demonstration projects,” said Paal Frisvold, chairman of Bellona Europa and a member of the EU Zero Emission Fossil Fuel Power Plant Technology Platform (ZEP).

Not a sufficient reason

According to Statoil the project must be postponed because a need for more research on the effects on health of amine technology, a technique for CO2 capture.

While many leading European research institutions, including the Norwegian group Sintef, recognise the health issues linked to amine based capture technology, they do not share Statoil’s claim that vast new research is needed to deal with amines.

“Uncertainty about potential effects on health is not a sufficient reason for postponing a decision about full-scale scrubbing of CO2 from Norwegian gas-fired power stations until 2016. SINTEF believes that it is possible to deal with these challenges scientifically without postponing such a decision” said Dr Nils A. Røkke.

Didn´t consult its own experts

Bellona is very critical of the fact that the Government so far has trusted Statoil´s allegations and not consulted its own environmental experts in the Norwegian Climate and Pollution Agency (Klif).

“Klif can not see that developments in knowledge of the risk of hazardous emissions from amine-based technology have given any greater cause for concern, rather, new knowledge indicates that the risk of the formation and spread of nitrosamines are less than previously thought,” the agency wrote in a letter to the Ministry of Environment.

Could have made a bigger effort

Dr Jon Gibbins, Professor at Power Plant Engineering and Carbon Capture at the University of Edinburgh, shares the view of Sintef’s Røkke when he says that “the reasons given by Statoil for not pursuing CO2 capture using amines at this time do not adequately acknowledge that the potential for the problems identified will depend almost entirely on the design of the capture equipment and the way that it is operated.”

Professor Gibbins goes on to state that “there is significant experience of operating amine capture units on combustion products from natural gases that Statoil does not appear to be accessing, including the well-known existence of large industrial units in fertiliser plants. It may therefor be that Statoil could have made a more diligent effort to investigate and address these concerns than is suggested in the contents of their letter to the Norwegian government.”

Other leading international experts have expressed disappointment that Norway will be unable to join the international community, such as Canada, the United States and the European Union, in demonstrating full scale CCS facilities.

Norway was supposed to deliver on a demonstration of CCS on gas power plants, whereas other countries are concentrating their efforts on other kinds of plants or industry emissions.

While Canada and the EU are issuing contracts for public funding of commercial scale CCS projects to be constructed and running by the end of 2015, Norway will be lagging behind.

Bellona finds it very unfortunate that Statoil decision can create fear amongst the public that CCS can pose a serious health threat, when experience from other industries shows that the problem can be handled safely.

“This is stabbing the international CCS community in the back,” said Bellona’s Frisvold.

“If European researchers are right – that this problem is not insurmountable, then this is the last thing we need in order to ensure the necessary public understanding for this key technology to combat climate change,” he said.

Global CO2 emissions must be cut by up to 85 percent by 2050 to avoid the most dramatic consequences of global warming. Enhanced energy efficiency and more renewable energy production are the obvious solutions, but such solutions cannot be deployed fast enough to obtain sufficient emission reductions. Additional solutions are required, such as CO2 capture and storage (CCS).

According to the International Energy Agency (IEA), some 20 percent of the total CO2 emissions reductions necessary between now and 2050 can be achieved through CCS.

CO2 Capture and Storage is the only technology that can radically reduce the CO2 produced by the world’s largest emitters; power plants and heavy industry.