BRUSSELS – Emission trading schemes (ETS) for greenhouse gases should in theory be the most efficient way to stimulate investments in low-carbon power projects, such as CO2 capture and storage (CCS). But as it is proving politically difficult to let CO2 emission prices reach levels that would create sufficient predictability for investments in CCS, experts are looking into alternative ways to stimulate investments – without putting the burden on public budgets. 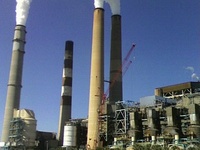 Two recent proposals look particularly interesting, one from the Netherlands and one originating in the US.

On April 16th, the Dutch government-appointed CCS Task Force gave its advice on how to incentivise CCS. The Task Force consisted of members from i.a. ministries, academia, the power sector, oil and gas industry and the environmental movement.

The recommendation mentions several possible options, but favours a proposal which combines: 1) a CO2 emission “norm” (grams per kilowatt-hour); and 2) creating economic incentives for reducing CO2 emission below this norm.

Say a CO2 norm of 350 g/kwh is established and the cost of abating one tonne of CO2 with CCS is €50, while the EU emission unit allowance (EUA) price is €20. In that case, a power plant reducing its emissions below 350 to 150 gram/kwh will get an extra “bonus” of €30 per tonne of CO2 “saved” below the 350 gram norm (to find out the number of “saved” tonnes below the norm, you would in this case multiply 200 grams (350 minus 150) with the number of kilowatt-hours produced).

This differs from an ordinary subsidy scheme by introducing in parallel a penalty – “malus” – for power plants emitting above the norm: A plant emitting 750 g/kwh would of course, under already adopted EU ETS rules, pay for the emission allowances (€20/tonne in our example). In addition, however, it would pay €30/tonne for CO2 emitted above the norm (you would in this case multiply 750 minus 350 = 400 grams with the number of kilowatt-hours produced).

It will of course be difficult to establish the appropriate level of the CO2 norm so that “bonus” and “malus” balance out: If the norm is put too high, too many plants would be eligible for the “bonus” and be a drain on public coffers, while if it is too low it would effectively serve as an extra tax on the power sector with “malus” outweighing “bonus”.

What it does create, in effect, is long-term predictability for a high price on CO2 emissions in the power sector, combined with a mechanism to automatically recycle revenues back to the sector. The latter is what distinguishes it from proposals i.a. in the UK to introduce a “carbon levy” to automatically vary inversely to the EUA price, so that the two in combination create a stable, predictable and high CO2 emission price. The disadvantage of this is that a carbon levy (like EUA auction revenues) will go to national treasuries and that industry fears it will be used to fill increasing public budget deficits.

The Regulatory Assistance Project (RAP) is an NGO of US origin formed in 1992 by experienced utility regulators that provides research, analysis, and educational assistance to public officials on electric utility regulation. In a fresh report from April 2010, it describes how forward capacity markets (FCM) for electricity generation have created the required predictability for large capital investments in liberalised electricity markets. FCMs emerged in the US in response to the lack of investment in power generation that followed the liberalisation of electricity markets as prices became volatile. An FCM is an administrative market, where the body responsible for the good operation of the system (in Europe known as transmission system operators) requests bids from power utilities for electrical output capacity (measured in watts). Utilities thus get paid not only for the electricity delivered to customers (watt-hours), but also for the capacity (watts) made available to the system to prevent black-outs. The TSO recycles the cost of these payments to the utilities themselves, as each of them has to share the costs according to its market share. In other words, redistribution happens among the utilities themselves to incentivise the construction of new capacity.

Although this tool has so far not discriminated between different types of power generation, it could easily be adapted to target CCS in a fairly technology-neutral manner: TSOs could open an FCM dedicated to low-carbon electricity generation for any energy sources not already covered by support mechanisms (such as feed-in tariffs or green certificates).

As CO2 emission prices under the EU ETS continue to fall short of levels that would justify large-scale investments in CCS, Europe must learn from forward-looking member states as well as non-EU countries. In other words, viable additional measures to stimulate investment without draining public funds must be put on the table. Both the Netherlands’ “bonus-malus” approach and the US Forward Capacity Markets are examples of measures, which divert investment towards CCS by creating the regulatory certainty which is key to investment decisions. A carbon price that is both volatile and structurally low, is hardly a sound basis on which to radically shift investments towards low-carbon technologies.