EU ready to put money down on CSS

“Something is going on now and the industry smells money,” said Bellona senior advisor Dr. Aage Stangeland of European energy companies’ eagerness to work with capture and storage of CO2. 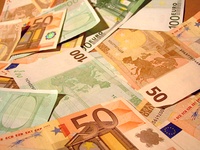 CCS is a climate measure for removing CO2 emissions from large emissions sources like coal fired plants or cement factories. CO2 emissions are captured and transported to safe storage sites deep underground or under the seabed.

The EU has decided to set up 10 to 12 demonstration plants by 2015 to gain differing kinds of experience with CCS.

Economic support
The EU will contribute economic support to the demonstration projects through the European emissions trading system. When the EU’s climate package was passed in December, it became clear that the revenue from 300 million emission allowances annually would be put toward these new demonstration plants and for renewable energy projects.

The European Commission will choose the 10 to 12 demonstration projects during 2011.

“We find that competition among companies is getting tight, and they are concentrating much more now that the industry can smell money”, said Stangeland. 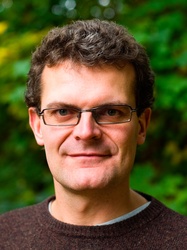 “Energy companies and other relevant businesses are of course interested in receiving economic assistance when they start CCS projects,” said Stangeland. “At the same time, they also see a huge future markets here.”

Choosing the projects
The European Union’s Technology Platform on Zero Emission Fossil Fuel Power Plants (ZEP), of which Bellona is a part, developed last year a list of proposed criteria for the selection of demonstration plants.

“The recommendations ZEP has come up with will be very nearly what they actually have become. ZEP has given the European Commission a good blue print,” EU Energy Commissioner Andris Piebalgs told Bellona Web when the proposal was put forth in November.

A geographical diffusion of the projects and use of a broad spectrum of capture technologies will be important.

No money for Norway
It seems clear that two of the 10 to 12 demonstration plants will end up in Poland. Almost all of Poland’s electricity is produced in coal fired plants, and the country is one of the biggest CO2 polluters in the EU.

The Norwegian CCS projects at Kårstø and Mongstad don’t have any possibility of securing any EU money. This is due first and foremost to the fact that Norway signed an agreement with the EU that will strictly limit Norway’s buying and selling emission allowances in the European emission trading system (ETS). Other arrangements associated with ETS do not apply to Norway.

The crisis package
In addition to the money the EU will be giving to the demonstration plants via ETS, it is also contribute financial CCS support through the green crisis package called the European Energy Programme for Recovery.

Money from this crisis package will support seven projects for CCS to the tune of more than one billion Euros in total. The Commission has so far chosen 13 candidates that could be chosen to be among these seven projects. The projects that receive crisis funding are also eligible to be candidates among the 10 to 12 demonstration projects that will be funded by the EU.

It is, however, a requirement that  a maximum of 50 percent of the cost of CCS can be covered by economic support from the EU. The remainder must be covered by industry itself and the individual member countries.

The Norwegian foundation DNV has been commissioned to be responsible for this network, and is at present working to facilitate information exchange. This network could also include other relevant players above and beyond the 10 to 12 selected projects, including Norwegian ones.

An important climate measure
Bellona earlier published a study that shows CCS can remove a third of the world’s CO2 emissions by 2050. In Europe, it is possible to get rid of half of the CO2 emissions with he help of CSS.

“There is a huge potential here,” said Bellona’s Stangeland. “The EU has now put money on the table and industry is interested. This can be an incredibly important contribution to the fight against global warming.”

ZEP
The European Technology Platform for Zero Emission Fossil Fuel Power Plants (ZEP) is the most important advisory body for questions of CCS in Europe. It encompasses experts from the energy sector, research, and non-government organisations. Bellona has strong representation in both the leadership of ZEP and in all the task forces.

In order to give the Norwegian community information and an opportunity to provide input to ZEP’s work, Bellona has arranged a so-called Shadow Group.

If you would like to be informed about these open information meetings, send an e-mail to aage@bellona.no..