Greenpeace backing of CCS is a welcome endorsement

Greenpeace has put it’s full support behind carbon capture and storage (CCS) technology as part of the solution to combating climate change, the organisation said in a press statement. 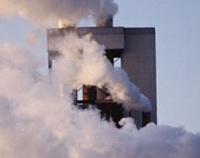 Greenpeace has previously been firmly opposed to CCS technologies as part of the solution to the climate challenge. However they have now made a joint statement with the World Wildlife Fund (WWF), Friends of the Earth and the Royal Society for the Protection of Birds (RSPB) stating that all new coal fired power plants in Great Britain must be built with CCS technology.

A positive development
“This positive development can turn out to be important for the ongoing discussion in key EU countries like Poland, Germany and Denmark, where governments have yet to clarify their positions on how to implement CCS technology in Europe and the rest of the world. The discussions in the European Parliament and the Ministerial Council will also be affected by Greenpeace’s new attitude,” said Paal Frisvold of Bellona Europa.

“Greenpeace has been very critical to CCS, and has pointed to many relevant perspectives. It has raised several important questions regarding storage safety and choice of technologies, and we are pleased that they have now finally come down to a clear standpoint that CCS is necessary.”

“In practice this means mandatory implementation of CCS from 2020, which is fully in line with what has been argued for,“ said Frisvold. 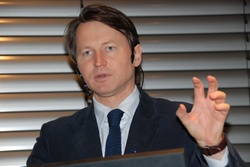 The Bellona Scenario
“In the Bellona Scenario that was presented this summer, it is stated clearly that renewable energy and energy efficiency are the two most powerful weapons in the combat against global warming,” said Frisvold.

“But all calculations show that we will also be forced to use fossil fuels with CCS technology in order to reach the target set by the (UN International Panel on Climate Change) of an 85 percent reduction of green house gas emissions by 2050.”

The Bellona Scenario shows what technologies that must be implemented in to reach the 85 percent target by 2050. Read more about the scenario here.