In a press statement today, Greenpeace International expresses its opposition to CO2 capture and storage (CCS), underscoring again the diverging opinions among environmental organisations on this issue. Bellona, unlike Greenpeace, fully supports to CCS technologies as a major instrument for a global transition to renewable energy sources. 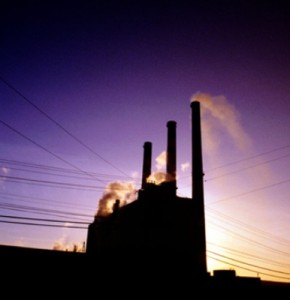 Energy efficiency and renewable energy will be vital in curbing emissions. In the longer term our energy production must indeed become 100 percent renewable. But in order to reduce the emissions sufficiently before 2050, we also need – for some decades to come– to capture and store CO2 from large emissions sources such as coal power plants.

An important factor in this discussion is what the United Nations’ Nobel Peace Prize winning Intergovernmental Panel on Climate Change (IPCC) states in its Special Report on CCS: “Most scenarios project that the supply of primary energy will continue to be dominated by fossil fuels until at least the middle of the century”.

Renewable energy not enough
Climbing out of poverty will in the next few decades require higher energy consumption in most of today’s emerging economies. Their energy consumption is increasing at a break-neck pace, making even the International Energy Agency (IEA) reference scenario of a 50 percent increase in global energy demand by 2030 look timid. Coal is the most important readily available and abundant energy resource for many of these countries – including India and China.

Unfortunately energy efficiency and renewable energy cannot meet the growing demand for energy in the short run. According to the most optimistic scenario from the International Energy Agency (IEA), the Tech Plus scenario the global power production in 2050 will be ~35 000 TWh. Only ~13 000 TWh will be produced from renewable sources, which leaves us with a gap between power demand and renewable potential equal to ~22 000 TWh.

This is IEA’s most optimistic renewable potential. However, IEA states this scenario as speculative and not realistic. Actually, IEA believes the gap will be much larger than indicated by the Tech Plus scenario.

Capture and storage of the CO2 emitted from large-scale combustion of fossil fuels (in particular coal-fired power plants) will thus be instrumental in reducing greenhouse gas emissions without depriving a large part of humanity of legitimate access to energy.

Huge reductions needed
The climate crisis requires urgent action. Global greenhouse gas emissions must peak by 2015 and be reduced by 50-85 percent by 2050 (to 2000 levels) if we are to have a reasonable chance of preventing run-away global warming, according to the IPCC. To have a fair chance of limiting the global warming at 2 degrees Celsius, the emissions must be reduced by perhaps as much as 85 percent by 2050.

Without CCS the reduction will not be sufficient. This is visualized in figure A which represents preliminary results from an ongoing Bellona study.

Even according to Greenpeace’ own report, renewables and energy efficiency can only reduce global greenhouse gas emissions by half by 2050, and that is simply not enough.

“If you exclude CCS in the battle against climate change, you don’t take global warming seriously,” says Hauge.

Already delivering
In its press release, Greenpeace claims CCS will come too late to be able to tackle global warming. This statement is unfounded. CCS technology is currently available, and CO2 storage in geological formations has already been tested for decades and proven to be safe. In a large-scale project similar to the storage that would occur from large combustion plants, 10 million tonnes of CO2 have been stored underground since 1996 from the Sleipner platform on the Norwegian shelf. No leakage has occurred.

As Bellona showed last year (in an article in the International Journal of Greenhouse Gas Control) CCS can potentially reduce the world’s carbon emissions with a third by 2050, provided we start deploying it now. Even within 10 to 20 years CCS has a potential for large emission reductions. The various elements of the technology are tested and proven – the next step is to put these elements together in full-scale power plants.

CCS projects in the pipeline
The Greenpeace premise that CCS will not be ready before “2030 at best” is totally flawed. In fact, a whole range of commercial-scale projects can be realized by 2020. Thirty-four projects are planned in Europe alone, and many more projects are under detailed planning in North America, Asia and Australia as well.

With an average size of 700 MW, the European projects alone could capture 126 million metric tons of CO2 per year, and supply 200 TWh of electricity per year in 2015. To supply this in wind energy would require more than 20,000 of the largest available windmills at good wind conditions.

The need for investment
In the report “False Hope” released today, Greenpeace emphasizes a quote from United Nations Development Program (UNDP), saying that “CCS will arrive on the battlefield far too late” (page 6, executive summary). But UNDP is, in fact, in favour of CCS.

In the Human Development Report 2007/2008 UNDP writes that “CCS is important because it holds out the promise of coal-fired power generation with near-zero emissions” (page 12). In the same report, UNDP recommends to ”increase financing, incentives and regulatory support for the development of breakthrough technologies, with a focus on Carbon Capture and Storage (CCS)—the United States should aim at 30 demonstration plants by 2015, and the European Union should have a comparable level of ambition” (page 17).

What the world must do
Most investment decisions have not yet been made because governments have not provided certainty to investors that the era of power plants emitting CO2 into the atmosphere will soon be over.

We call upon world leaders to introduce the necessary financial incentives needed to build CCS projects. As the cradle of the industrial revolution and the fossil fuel economy, the EU and the US have a particular responsibility to urgently create the enabling conditions for utilities to build full-scale CCS power plants by 2015 with a view to its mandatory implementation from 2020.