Press release: CCS Leadership Coalition calls for EU action starting in 2009 on the eve of a Parliamentary workshop on CCS. 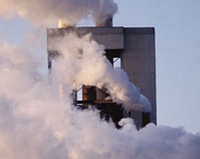 A new coalition of industry and NGOs today is calling for accelerated deployment of CO2 capture and storage (CCS) as part of wider EU efforts to prevent run-away climate change and to reduce global CO2 emissions.

CCS is an essential and pragmatic solution in a world that by 2050 will need to have cut greenhouse gas emissions by at least 50% from current levels and yet will remain dependent on fossil fuels due to rising energy demands. The critical contribution of CCS has been identified by the Intergovernmental Panel on Climate Change (IPCC) for its potential to substantially reduce global greenhouse gas emissions. Global energy scenarios which limit global warming to 2°C are based on large-scale deployment of CCS starting in 2015-2020. By 2050 fossil fuel power plants throughout the world will generally have to operate with CCS. Europe must play a leading role in this.

EU leaders at the Spring Summit 2007 which set the EU’s climate targets, called for a mechanism to stimulate the construction and operation of up to twelve large scale demonstration plants by 2015. If it is widely deployed, CCS could deliver at least one quarter of the CO2 emissions reductions required as part of efforts to stabilise temperature rises below 2°C.

The EU has yet to establish firm financing mechanisms in support of pledges made by Heads of State and Government to have CCS demonstration projects up and running by 2015. Early demonstration is key to bringing CCS to commercial deployment as early as 2015.

A range of CCS technologies are available now for large-scale demonstration. Shell has calculated that a 7 year delay in the world’s known CCS projects means 90-100 billion tones of avoidable CO2 emissions being released into the atmosphere, or a 10 ppm increase in long-term CO2 stabilisation levels. The members of this coalition are keen to play their part, provided that governments create the right economic conditions as they have done with other new technologies.

The proposed directives on CCS and Emissions Trading provide a unique opportunity to devise a framework for funding that must not be missed. The industry and NGO members today jointly call for urgent decisions by the EU institutions to support a transitional Project Demonstration Mechanism* whereby industrial consortia operating CCS demonstration projects would obtain credits for the verified storage of CO2, which could be traded in the EU ETS.

Such a mechanism should be time- and volume-limited, transparent, competitive, and market-based and be part of a roadmap to mass CCS deployment in Europe. A new project support mechanism for large-scale CCS demonstration must build on clear rules for liability and safety of storage, as defined by the proposed directive on geological storage of CO2. Members of this Coalition would equally support any other EU-wide funding solutions that would allow early CCS demonstration.

By becoming a global first mover on CCS and in line with its ambitious climate change commitments, Europe could become a world leader in what is likely to be seen as nothing short of a revolution in energy conversion.

“For every day full-scale demonstration of CCS is delayed, we make the challenge of meeting our targets harder. The time to act is now”, said a spokesperson for the Coalition.

— Alstom is a leader in Clean Energy technologies and supplier of equipment used in 25% of the world power plants.

— The Bellona Foundation is an environmental NGO endeavouring to identify and implement sustainable solutions to the world’s most pressing environmental problems.

— E3G Third Generation Environmentalism is a non-profit organisation working on a European scale to accelerate the transition to sustainable development.

— Royal Dutch Shell plc is incorporated in England and Wales, has its headquarters in The Hague and is listed on the London, Amsterdam, and New York stock exchanges. Shell companies have operations in more than 130 countries with businesses including oil and gas exploration and production; production and marketing of Liquefied Natural Gas and Gas to Liquids; manufacturing, marketing and shipping of oil products and chemicals and renewable energy projects including wind and solar power. For further information, visit http://www.shell.com

3. Presidency Conclusions from the Spring European Council on 13-14 March 2008 “The European Council recalls that the objective of proposing a regulatory framework on carbon capture and storage (CCS) is to ensure that this novel technology is deployed in an environmentally safe way, which will be demonstrated through projects, as agreed in spring 2007.”
http://www.eu2008.si/en/News_and_Documents/Council_Conclusions/March/0314ECpresidency_conclusions.pdf

4. Presidency Conclusions from the Spring European Council on 8-9 March 2007:
The Council “urges Member States and the Commission to work towards strengthening R&D and developing the necessary technical, economic and regulatory framework to bring environmentally safe carbon capture and sequestration (CCS) to deployment with new fossil-fuel power plants, if possible by 2020 and welcomes the Commission’s intention to establish a mechanism to stimulate the construction and operation by 2015 of up to 12 demonstration plants of sustainable fossil fuel technologies in commercial power generation”
http://www.consilium.europa.eu/uedocs/cms_Data/docs/pressdata/en/ec/93135.pdf

5. (Source: Bellona) Some of the commercial scale projects in Europe planned to be in operation by 2015 are:

— Aalborg, Denmark: A full value chain including a 470 MW plant, transportation and storage infrastructure, which can be realised by 2013 and store about two million tons of CO2 per year.

— Kårstø, Norway: A full scale retrofit capture plant connected to a gas fired power plant, which can store about one million tons of CO2 per year. The final investment decision will be made in 2009.

6. *This Project Demonstration Mechanism would be performance-based as credits would only be awarded for sequestered CO2 against independent verification, placing the risk on CCS operators. It would enable investment decisions to be made as early as 2009. Other plausible alternatives such as the Community budget, or the use of revenues generated by the EU Emissions Trading would only kick-off by 2013 at the earliest, causing a delay that would make yet more difficult to reach CO2 emission reduction goals.