BP: Fossil fuel resources will not decline in the foreseeable future

BRUSSELS – There is no reason to panic over a lack of energy supplies in the foreseeable future, said British Petroleum (BP) Chief Economist Peter Davies at a conference this month in Brussels while he presented BP’s annual Statistical Review of the world energy market for 2006. 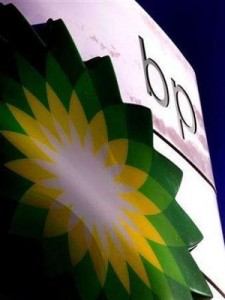 Undiscovered resources
Davies said at the conference, organised by Friends of Europe, that climate change and energy security, rather than energy supply will be the force to decrease demand for petroleum products in the future. Technological improvements will make it easier to recover petroleum resources that are now difficult to extract.

In addition, there are a number of areas in the world where there might be large a concentration of oil and gas resources. According to Davies, there remain still 40 years of oil production with the known and accessible fields as of today.

Climate change will continue to encourage technology improvements in the field of renewable energy. As the potential supply of renewable energy will increase, it might create less need for fossil fuel, depending on the general energy demand. Another reason for a decreased petroleum demand is security concerns over energy supplies from the Middle East and other areas of the world embroiled in political turmoil and war.

“It is vital that there is continued research and development on renewable energy sources and a more efficient use of energy,” said Stangeland.

“It is expected that there will be a great increase in renewable energy sources in the near future, but there will at the same time be an increased energy demand in the world. That is why fossil fuel will be the dominant energy source for decades to come.”

CCS and renewable energy
The general trend in the world energy development is that Organisation for Economic Cooperation and Development (OECD) countries are decreasing both production and consumption of petroleum products. South East Asia, and especially China, on the other hand have seen a steady high growth in demand. China also covers 70 percent of the increase in the global demand for coal. The oil price was stable and high in 2006 at about $65 per barrel on average.

With these figures, there seems to be a large market for carbon capture and storage technology (CCS). Davies said that while renewable energy sources such as solar and wind power were not included in the review, BP focuses on CCS as a cost effective and emission friendly alternative.

ETS and bio fuel
BP is waiting for second-generation bio fuel technology to be further developed, and for the production of hydrogen from bio mass. With the exception of hydrogen power, the present output of bio fuel and other renewable sources is not large enough to make an impact to meet global energy demand.

According to Davies, the EU Emission Trading Scheme (ETS) has a larger potential to curb global emissions. The ETS allows industries to trade quotas for carbon dioxide emissions, and thus earn money on reducing emissions. Today the price is too low to really make an impact, and Davies suggest a carbon price at EUR 40 to 50 per tonne to create necessary economic incentives for significant carbon dioxide reductions. In the current ETS period from 2008 to 2012, the price is EUR 20 to 25 per tonne, and BP hope that the price will increase significantly in the next ETS period.

No hope for abandoning fossil fuels in coming decades
British Petroleum’s annual report gives no hope for a full stop in fossil fuel production in the coming years. This is why it is important to have a holistic approach to fight climate change.

Increased energy efficiency, a gradual development of renewable energy sources, and CCS technology will all be necessary to maintain a sustainable energy balance in this century.