Energy in the limelight

The European Commission will unveil a new and certainly ambitious energy package on January 10th in Brussels. Energy issues have taken the centre-stage over the past months in the European Union and will continue to do so throughout 2007.

Published on January 5, 2007 by Claire Chevallier-Cordonnier 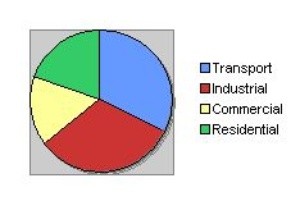 Lately, it seems that almost everyone in Brussels has been holding their breath, anxiously awaiting the presentation of the European Commission’s (EC) much-discussed energy package next week.

2007 will therefore begin with wide discussions on energy both in Brussels and EU capitals. It should remain that way throughout the year, as Commission President José Manuel Barroso stated his intention “to make energy a central issue at every EU summit with third countries throughout 2007.”

What will the energy package include?

The package will include:

The most delicate of these issues will be national energy mixes and competition in the electricity and gas sector. These tricky matters will have to be quickly sorted out since EU leaders are expected to approve an energy action plan to launch a common energy policy on 8-9 March 2007, during the “Spring Summit.”

The EC considers the liberalisation of the electricity and gas sector a prerequisite to any real common energy policy. During a conference held at the end of 2006, EC president Mr Barroso stated that “open markets, not narrow nationalism, are the way to energy security and sustainability,” also mentioning that “the era of 27 EU mini markets, and mini policies, must end.”

More precisely, Competition Commissioner Neelie Kroes clearly explains that “Europe needs a structural solution that once and for all separates infrastructure from supply and generation. In other words: ownership unbundling.” This should allow for new entrants to access the market and therefore drive prices down.

In 2003, the EU established that the internal energy market would be opened by July 1st 2007, and that private consumers should then be free to choose their energy supplier. This endeavour will certainly prove difficult, especially with countries such as France and Germany—whose markets are dominated by one or two giants—strongly indicating their opposition to the idea. In addition, during 2006, the EC scolded several member states for not making enough progress on the matter.

With recent delicate discussions on an energy partnership with Russia still fresh in everyone’s memories, Mr Barroso made it clear that “the external aspects of energy policy must be seen together with the internal aspects (…) to have a successful external policy, we must have a strong internal policy.”

Clearly, the EC hopes to encourage EU member states to forge deals with third countries as a bloc, or “speaking with one voice”, instead of negotiating their own bilateral agreements. In addition, the EC will seek to establish stronger ties, including linking infrastructure, with the Mediterranean Sea, sub-Saharan Africa, the Caspian basin, central Asia and the Middle East.

What about a carbon tax?

However, as reported in the European Voice, the EC is nevertheless set to consider such a proposal focusing on a border levy system on the industrial sectors which are heavy CO2 emitters and subject to internal competition (e.g. aluminium, iron, steel, etc.).

The EC appears to be split on this specific issue, as Enterprise and Industry Commissioner and EC Vice-President Günter Verheugen said he would support a CO2 import tax, Environment Commissioner Stavros Dimas called for a quick decision, and a spokesperson for Energy Commissioner Andris Piebalgs refused to comment.

An interesting year ahead in the energy policy sector indeed…