Published on December 1, 2006 by Aage Stangeland 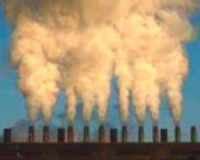 Carbon Capture and Storage (CCS) is currently fervently discussed in many arenas. Bellona is very active in these arenas to promote CCS as a strategy for reducing carbon dioxide (CO2) emissions.

Bellona, who has observer status at the CSLF, would like to use this forum to present its propositions for solving the problem of global CO2 emissions at the international level. At the previous meeting in Delhi in April 2006 Svend Soeyland, Bellona’s representative in the USA, presented Bellona’s solutions to how CO2 emissions can be reduced. Soeyland focused on the potential for establishing a CO2 value chain as it is described in Bellona’s CO2 report.

There remain technical challenges related to CCS: the technology exists, but only in small scale. Statoil and Shell’s planned gas power plant at Tjeldbergrodden in Norway will require a cleansing system for CO2 that is 18 times larger than the world’s largest existing system. This type of up-scaling requires technological development, but it is a challenge that can be solved. Indeed, the biggest challenge for CCS projects, such as those in Tjeldbergodden and Mongstad (also located in Norway), are for the time-being to have the proper set of conditions in place.

The following problem areas, among others need to be solved:

The climate conference in Nairobi last week confirmed CSLF’s point of view, and the lack of results in Nairobi shows that there are huge political barriers for initiating an effort to reduce emissions of greenhouse gas.

Bellona will be actively working towards bringing forward proposals on how political challenges can be solved. We will work in Norway, to propose solutions that will help see CCS projects, like Mongstad and Tjeldbergodden, actually carried through and not stopped by such barriers. In addition we will be working actively in international fora such as the CSLF and the European Commission’s Technology Platform for Zero Emission Fossil Fuel Power Plants (ZEP) to present the necessary framework for a broad international establishment of CCS.

CSLF background
The CSLF is an international initiative focused on surveying the technical, economical and legal conditions that can influence the establishment of CCS projects. Its CSLF is to make the technologies for CCS broadly available internationally. The CSLF will also identify both technical and political barriers for implementing CCS.

CSLF has 22 members, including 21 countries and the European Commission. All continents are represented, and among the participating countries are Norway, Great Britain, Germany, Russia, the USA, China and India. Membership is open for all nations that produce or use fossil fuels and intend to invest in CCS.

The CSLF is divided into 2 groups; the Technical and Policy Groups. All members are represented in both these groups.

Other participants from the industry, research and environmental organizations, etc. can join the CSLF Stakeholders. Bellona is part of this group and can thereby participate as an observer at CSLF meetings.

The CSLF’s advantage is that it contributes to increased knowledge about CCS, especially in developing countries. In addition, the CSLF is an important forum for the exchange of experience, and in this way contributes to a more sensible use of resources, which leads to the reduction of costs connected to CCS. The disadvantage is that there is no formal decision making authority or economic means connected to the CSLF.