New CO2 storage projects are starting up world-wide, and in New Mexico, USA, research are carried out on President Bushs request. 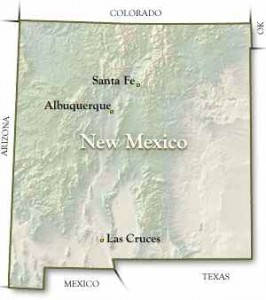 The U.S. Department of Energy (DOE) has started a pilot project to test whether Greenhouse gases (GHG) can be stored underground permanently. During 2002 American scientists injected ca. 2100 tons CO2 into a depleted oilfield near Hobbs, New Mexico. This amount is about the same as one days emission from an average coal-fired power plant.

In need of more data
Oil- and gas wells are considered suitable for CO2 storage because the oil and gas originally accumulated in these wells has not leaked into the reservoir rock. The geology in, and around, these wells are thoroughly researched and this research can be drawn upon in the work with CO2 storage.

Despite large amounts of data on the geology surrounding the oil wells, more extensive field research is needed on CO2 storage. The scientists are now monitoring the stored gas to discover changes in the reservoir rock. Even though similar projects are taking place both in the US and in other countries, the scientists need more data on how long the CO2 can be stored, and what physical and chemical changes that can occure in the reservoir rocks.

Bush positive on CO2 storage
USA has used CO2 in the oil industry for almost 40 years, and has therefor vast experience within the field. The primary goal has, however, never been to store the CO2. Only its ability to increase oil production has been important. During the Bellona Hydrogen Workshop in the EU-parliament last week, Michael Austell from INCO2 lectured on experiences from the US that indicates CO2 storage can give Norway more oil from existing fields.

CO2 storage has been singled out by president Bush as one of the most promising short term approaches to reduce GHG emissions, and is to be researched further through the presidents Global Climate Change Initiative. Bellona Web has earlier written about another US CO2 storage project in Ohio, where seismic testing now is carried out.

Read more on the New Mexico project on The U.S. Department of Energy web page.