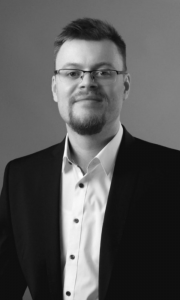 Ricardo Reitz began his engagement at Bellona Europa in 2021 after gaining first-hand experience working in the private sector in Brussels. With a background in humanities, He holds an MA in European Culture and Economy, with a focus on International Relations and Energy Law and Economics. At Bellona, Ricardo focuses on the German industrial and climate policies and the corresponding debates in these policy areas. Further, he supports the establishment of the Germany office of Bellona in Berlin.