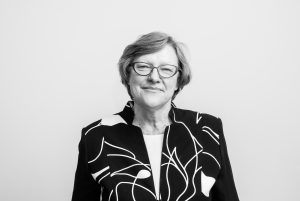 Nataliya graduated from the Leningrad Institute of Aviation Instrumentation as an engineer. She has worked at the Central Research Institute "Granit". She also later graduated from St. Petersburg State University as a practical psychologist. Even later, she obtained an accountancy qualification at the St. Petersburg State University of Economics and Finance. She has worked as a chief accountant in several commercial organizations. Since 2007, she has been an accountant with ERC Bellona.